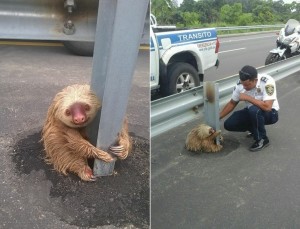 As a General Practitioner, working in mental health I try to keep abreast of all aspects of patient care. Looking at the evidence about best practice of psychotherapy has been an interesting and often frustrating pursuit, but some clarity is emerging, and to speed up the journey for those who come after I thought I’d write some travel tips.

If you’ve started on this journey as a non-psychologist, then like me, you are probably surprised by the academics who believe one model is best. It is surprising to an outsider because the data from decades of research can’t be clearer. All models perform the same.

Rarely do you find a more reproducible finding with so many supporting studies, often with studies that actually set out not to support it, but still supported it.

And yet, there are academics who actually believe with an almost religious fervor, that their model is best. They admit that the differences are very small, but they still claim they are statistically significant, and I think they actually believe that if we get clearer about categorizing mental health their hypothesis will be strongly supported as they discover which aspects of their model work on which bits of the disordered psyche. This is so strange to an outsider, because there is actually no evidence for that way of thinking, and yet it pervades the field and I think influences research in all domains in a detrimental way. I could go so far as to say this could be the reason why there have been no significant improvements in patient outcomes since clinical research began.

I have spent some time exploring their argument. It exists in psychologists more than any other group of professionals who work in mental health fields, so I suspect it’s roots are in their academic training. I suspect their beliefs are formed there, and I see some parallels with some of the beliefs that I picked up from my medical degree that were hard to shake even when they were found to be wrong.

There is an interesting phenomenon, that as a researcher your beliefs will influence your findings.

Recent controversies in Social Psychology have highlighted this phenomenon. Here is a nice article about the controversy about Amy Cuddy’s Power Pose research:

The short version is that if you haven’t registered your study you are prone to let what you are looking for influence what you are seeing as the data emerges…. so of course your findings will be faulty and unreproducible…. but, in the case of The Power Pose study, they got some cool headlines and the most watched TED talk ever. Yikes.

The phenomenon is called p hacking, fishing, and the garden of forking paths. Andrew Gelman has written a very nice article about it:

It was by reading about this that I suddenly got it. This is the reason!

So, by p hacking, fishing, and the garden of forking paths, academics are perpetuating a defunct belief around model superiority, and continuing to instill it in their undergraduates and postgraduate students, leading to an enormous waste of resources.

Why is that important?

Well science is on hold. It is stuck in the transit lounge.

It’s strange to think that academia could actually become extinct, but the most interesting research is happening outside academia, in the clinical setting. Therapists who have managed to let go of this belief are free to explore how people get better. They are focusing on things other than models and working out how to improve.

In my work Ive been looking at the people who don’t get better and thinking that the one on one interaction of therapy is too limited for very isolated people and ventured out into our local community. Researching if anyone is doing any good work in this area I found there are grass roots initiatives cropping up everywhere that have given up on government policy and funding or non-government organisations and are looking for other ways.

That is just one area, and there are many other worthy areas of exploration, as the space to explore expands when once old, unworkable beliefs are given up.

3 thoughts on “Psychotherapy research is stuck in transit”